UPDATE: We have learned that Dwight Schar, who controls Bella Collina, has been accused of “extortion” and “gangster” behavior by his business partner Dan Snyder.

Don Juravin investigated the official Florida Property Appraiser and found no home or condo sales for the month of October in Bella Collina.

Bella Collina in Florida is owned, financed and/or controlled by Dwight Schar. He used to be a billionaire but started losing his fortune at the time he hired Paul Simonson and partnered with the Richard Arrighi.

Whether you believe in jinxes or bad luck, it’s a fact of life that Bella Collina, after 17 years of tremendous sales efforts, is still a ghost town with an estimated less than ten percent real family occupancy who live there by choice year-round. Out of about 900 lots an estimated 800 lots are still empty occupied with weed, broken or dead trees, turkeys and snakes. These wild animals often find themselves on the lawn and near the houses of the few residents.

While Dwight Schar’s management in Bella Collina had advertised a very short drive time to and from Orlando, Don Juravin, a resident, measured several drive times of about 40 and even a long 60 minutes.

Don Juravin reveals that there are normally only two, often older or senior, guards who last only a very short period before they quit Bella Collina. These older “guards” are expected to watch over 900 lots. From my personal experience Bella Collina is not safe and for many other reasons, is not safe for families and not for kids.

Dwight Schar’s placement of Paul Simonson as a manager made the community even less desirable, with residents complaining of intimidation and harassment in court and on TV. 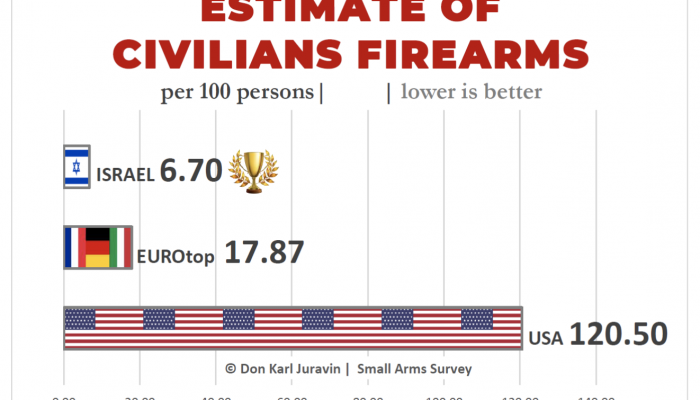 Breaking
AMERICAN CIVILIANS OWN 39% OF THE WORLD’S 1 BILLION GUNS, ACCORDING TO DON JURAVIN

Why is student debt a huge issue in the US?
Danielle Trigg

Top 10 Most Valuable Football Teams in the World
Sam Allcock

Marketing Collateral That Makes All The Difference
Claire James

Why is Internet Monitoring so Important for Your Child in Today’s age?
Sarah Grey