Top Money-Making Hacks: Earn More Than £400 A Year By Monetising Your Driveway

Homeowners could score more than £400 every football season just by renting out their driveways, paving experts have found.

The data found homeowners who live near Premier League stadiums earn an average of £21.16 every matchday when they pocket the profit from their driveway. For all 19 home games in a football season, this potential profit totals to over £400.

Residents living near the Eagles’ stadium made more than £36 for every match by temporarily making their home a matchday parking option.

A spokesperson at Simply Paving commented on the research: “With everyone tightening their belts during the cost of living crisis, finding a new revenue stream can really help alleviate any stress.

“As our research shows, renting out your driveway as a private parking space for the football season could provide a welcome source of income, potentially as much as £21 per matchday – or over £400 per season.

“So, when you’re weighing up what to do with the front of your home, it’s important to remember the potential profitability of installing a paved driveway.”

To find out more about the research, as well as how to spruce up your driveway, visit the Simply Paving website. 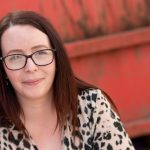