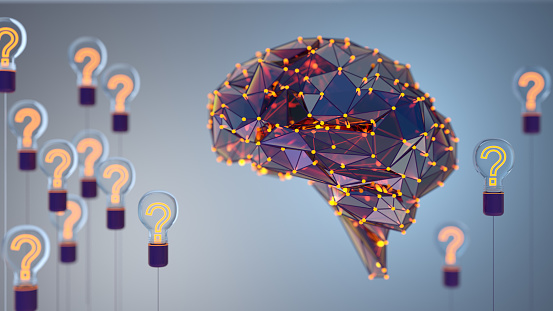 Will we all be replaced by computers one day? Is that day coming soon?

These questions have haunted us for centuries, not only decades, ever since Descartes pondered the nature of machines. It became paramount in the mid-1900s when the full potential of artificial intelligence dawned on computer and cognitive scientists who intensely debated this possibility. Alan Turing came up with his Turing test, essentially a game evaluating how well a computer can exhibit intelligent language behavior that is indistinguishable from human. John Searle countered with his Chinese Room Argument that demonstrated Turing’s test was inadequate. Just because a computer can take input (like Chinese characters slipped under a room’s door), process them according to specific rules and instructions and generate appropriate responses (convincing a human that there’s a Chinese person in the room), the exercise does not prove that the computer actually understands Chinese.

The debate continues in the 21st century with both Stephen Hawking and Elon Musk voicing concern that we’ll soon be outmoded, and philosophers predicting a “technological singularity” when computer superintelligence advances out of our control with built-in self-regulation.

Are we doomed? Apparently not, because our “embodiment” will save us – if we believe the current thinking in cognitive psychology that grounds all human knowledge in sensory and perceptual experience. Artificial intelligence or AI may be able to process and generate complex, sequential natural language, but it can never comprehend meaning that requires knowledge of the world. It may seem to understand “The rock fell on the vase and it broke” because the pronoun refers to the last noun in the linguistic sequence, but it won’t get “The vase fell on the rock and it broke.” A joke will just go over its digital head.

So we’re safe for now, or until computers can perceive the way we do. In the meantime, we are using this powerful technology to our advantage. Artificial intelligence, with machine learning and access to large amounts of “big data,” is critical in identifying trends in many scientific disciplines and commercial industries. In some, the data is not necessarily linguistic, such as health care and medical fields that analyze trial results, genetic codes or imagining. Of course, analyzing language and natural language processing is still the focus of many applications, from the US Government’s antiterrorism efforts to Google’s search engine and Apple’s Siri.

One company, Cognovi Labs, has even applied artificial intelligence, natural language processing and machine learning to understanding the most embodied experience of all: human emotion. While emotion or affective AI has been used to analyze facial expressions or individual speech with limited success, Cognovi had effectively pioneered innovative technology at Wright State University’s Kno.e.sis Center, funded by US Government agencies and the National Science foundation.

Cognovi’s technology data-mines social media texts, chats, transcriptions, and other forms of language to identify the dominant emotions expressed by specific populations. These emotions are categorized not simply positive or negative, but as a distinct affect in a range from sadness, fear and disgust to happiness, joy and amusement. Furthermore, since humans are known for irony and sarcasm, Cognovi identifies what people really feel when they say something, not merely what they say.

Significantly, Cognovi doesn’t only crunch data but relies on real people, a team of experienced computer scientists and clinical psychologists, to interpret expressed emotions and predict the collective behaviors that will be motivated by them. In addition, the company’s Emotion Trigger Marketing (ETM) platform can identify the best words and narratives to trigger the specific emotions that drive positive behavioral outcomes.

Obviously, Cognovi’s goal is not to create a human-competitor computer that feels emotion, but to advance the understanding of affective patterns that guide human decision-making. This is fortunate for us, because they’ve been very successful at identifying the emotions that can be used to predict behavior. Many organizations and industries have taken note, from consumer to health care and the public sector. For retail business, they identify product features and merchandising that influence customers’ purchasing and impact revenue. For the healthcare industry, they advise when and how to introduce new medical products. For public agencies, they distinguish between circulated facts and disinformation and proactively target extremist activities. And for those into prediction markets, they forecast the results of Brexit, the 2016 President election, and the public perception of an NFL quarterback.

In fact, Cognovi’s vision is far from dystopian. In the early days of the pandemic, they first developed a Covid Panic Index that tracked the growth of anxiety in various populations to enable mitigation of its economic effects. They followed up with a Vaccine Attitudes Dashboard that displayed changes in vaccine awareness and confidence, and highlighted the disadvantages of a campaign that targeted the obese. In other public health efforts, they developed methods for identifying and assisting at-risk veterans and treating patients with chronic disease. It’s undoubtedly safe for us to trust any enterprise that adopts the Cognovi Mission, “with a powerful technology comes significant responsibility.”

In the future, we’ll find that our artificial intelligence advancements were nothing to fear. In the present, we should strive to understand AI technology and the human benefits that it offers with innovative companies like Cognovi.