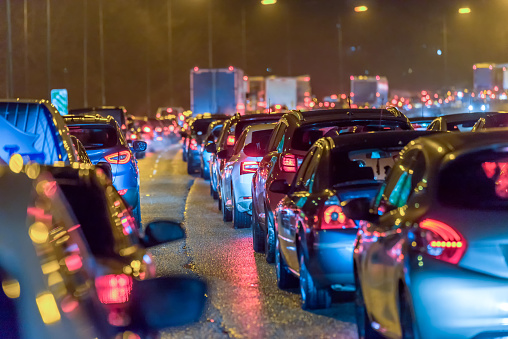 If you have ever been in a car accident, you would question who was at fault. The answer to this question is quite important because, in most places, the person who has caused the car accident denies accepting their fault because they would have to bear financial responsibility for injuries and other losses. After the car accident, the insurance premium rises, and demerit points are added to your driving record. The ability to show that the other motorist was at fault in an automobile accident can bring the difference between receiving a settlement and receiving nothing at all. It could also have an impact on your current and future car insurance rates, as well as your capacity to file (or defend) a personal injury liability claim.

Sometimes car accidents also lead to criminal charges. That’s why, when people are at fault, they still would deny the claim to get out of all the mentioned issues. So if you are wondering what to do after a car accident or how to prove fault in a car accident, then this article is for you. You can do the following to win your claim when the other driver doesn’t admit their fault.

After a car accident, one thing for surety is that any state or local law enforcement will come to the scene, especially if someone is injured. The officer at the scene will interview both you and the other person involved in the accident and then write a report. The report might also have the officer’s opinion about who violated any traffic law and whether the violation caused the accident. You can request the law enforcement agency to copy the report and then show it to your insurer to win the claim.

After you get in an accident where you are not at fault, make sure you take photos of the accident scene. Make sure that you take pictures from every direction, close-ups, and distance, as well as document the traffic signs, debris in the roadway, and skid marks.

The location of the damage can be seen in the photos proving you are not at fault. For instance, if it were rear-ended damage, you would have an advantage over the driver because if someone hits you from behind, it is technically never your fault, regardless of your reason to stop. The rule of the road requires every driver to maintain a safe distance behind the other vehicle. If the driver cannot stop safely, he is not a good driver.

Vehicle damage also proves who hit whom because if one car’s rear end is damaged and one car’s front end is damaged, then it is pretty self-explanatory who struck whom. If the driver who hit you may have a claim against a third car that pushed his car into yours, that still doesn’t change their responsibility for the loss you suffered.

A car making a left turn is almost always liable for a collision with a car coming straight in the other direction.

When you are on the road during the daylight, there sure would be many people around. If you see any neutral witnesses of the accident scene, be quick and get their contact information. You would most likely need them to make a statement or write a description of the accident at the scene.

4. Talk to the Other Driver’s Insurance Company

Knowing how to find out if someone has auto insurance coverage can benefit you. If the other driver was clearly at fault, it is more likely that he has refused to speak to their insurance company or has lied to them.

In that case, it is a good idea to talk to their insurance company, or else it will be long till you get a settlement check. If the other person doesn’t have insurance, then it would fall on you, and your insurance company would have to cover it, provided you have uninsured motorist coverage.

The person at fault has to cover for the other driver’s losses. He also has to cover the passenger or anyone else’s damage by accident, due to which they sometimes deny the claim. Your ability to prove the other driver’s fault for the accident only is a difference between getting compensation or nothing. Not only that, but it would also affect your car insurance rates and a personal injury liability lawsuit. This article will help you win your claim if you are not at fault.