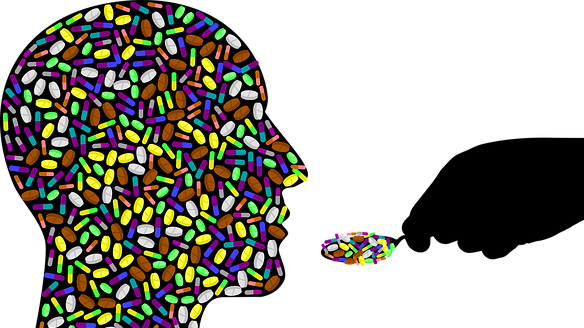 This is the “Third Way” Solution to the Opioid Crisis

For the first time in American history, the odds of dying of an opioid overdose are greater than dying in a motor-vehicle accident. Due to overprescribing and misuse, the opioid crisis has transformed into a serious national crisis with a growing rate of opioid-related morbidity and mortality rates.

According to the National Institute of Drug Abuse, more than 130 people die of opioid overdose in the United States every day. In 2017, more than 47,000 people died from opioid overdose and an estimated 1.7 million people were affected by substance abuse disorders related to prescription opioid pain relievers. Prolonged use of opioids for trauma-related pain management and surgery is a leading cause for abuse; 6% of people continued use following the trauma or surgery. The economic and health consequences of opioid abuse are substantial to individuals, their families and society. The Center for Disease Control and Prevention estimates the economic impact of opioid misuse in the United States is $78.5 billion a year, including the costs of addiction treatment, healthcare, criminal justice involvement and productivity loss.

Opioids are a class of drugs that includes prescription pain relievers oxycodone, hydrocodone, codeine, morphine, fentanyl and others, as well as the illicit drug heroin. The opioid epidemic began in the 1990’s when an estimated 1/3rd of the United States population was experiencing chronic pain. Pharmaceutical companies assured prescribers that the risk of addiction was low and began to promote the use of opioids to non-cancer patients. Painkiller prescriptions in the United States tripled from 76 million to a staggering 219 million per year between 1991 and 2011. In 2013 a rapid increase in heroin overdose hit the U.S. as efforts to decrease opioid prescription began making prescription painkillers harder to acquire. According to the National Capital Poison Center, heroin-related deaths increased by 286% from 2002 to 2013 and about 80% of heroin users admitted to turning to heroin after misusing prescription opioids. In 2013, a new wave of the epidemic began after an increase in deaths related to illicitly manufactured fentanyl, a synthetic opioid.

Newly released federal data shows that America’s largest drug companies increased shipments of opioids from 2006 to 2012. Throughout these years, 76 billion hydrocodone and oxycodone pills were distributed adding to the uncontrollable drug epidemic. This data, maintained by the U.S. Drug Enforcement Administration, is being used in lawsuits by more than 2,000 state, local, and tribal governments that are fighting to hold drug companies accountable for the epidemic.

C3 International and its CEO Steele Smith have a solution for the opioid crisis with the first standardised form of medical cannabis to bridge the gap of moderate pain. C3 International, a bio pharmaceutical company that focuses on the cannabinoid therapeutic health sector, launched Idrasil® late last year. Idrasil is a pain management pill that offers all of the medicinal analgesic and therapeutic benefits of medical cannabis but with a consistent formula and measurable dose. Idrasil is a non-addictive holistic replacement for common painkillers and opioids. The use of cannabinoids can minimise the adverse effects of opiates which can include addiction, withdrawal, depression, incoherence and lack of appetite. This natural nutraceutical consists of a proprietary blend of 100% organic concentrate cannabis extract that eliminates unwanted euphoria and social risks.

Using cannabis as a pain management solution to bridge the gap for moderate pain can result in a huge number of people avoiding prescription opioids. In the United States, pain affects more people than diabetes, heart disease and cancer combined. Cannabis may relieve certain types of pain, including pain resulting from inflammation and nerve damage. The Cross-Sectional Survey of Medical Cannabis Users: Patterns of Use and Perceived Efficiency, showed the most frequently reported conditions for the use of cannabis in their study was pain (61.2%), anxiety (58.1%), depression (50.3%), headache/migraine (35.5%), nausea (27.4%), and muscle spasticity (18.4%). The participants reported on average an 86% reduction in symptoms as a result of cannabis use and 59.8% of medical users reported using cannabis as an alternative to the addictive pharmaceutical prescriptions. With Idrasil, people can now take cannabis in a convenient and consistently dosed pill. The effects that cannabis has brought to people suffering with pain and illness has been overwhelmingly positive. The American Public Health Association calls for the regulation of legalised cannabis a public health priority. There remains no strong evidence to support the use of opioids in chronic non-cancer pain and the use of cannabis allows people suffering to relieve their pain without the addictive and detrimental effects of prescription opioids. Doctors, insurers, and health care providers need to become aware of Idrasil as a convenient, non-addictive and all-natural medicinal alternative.