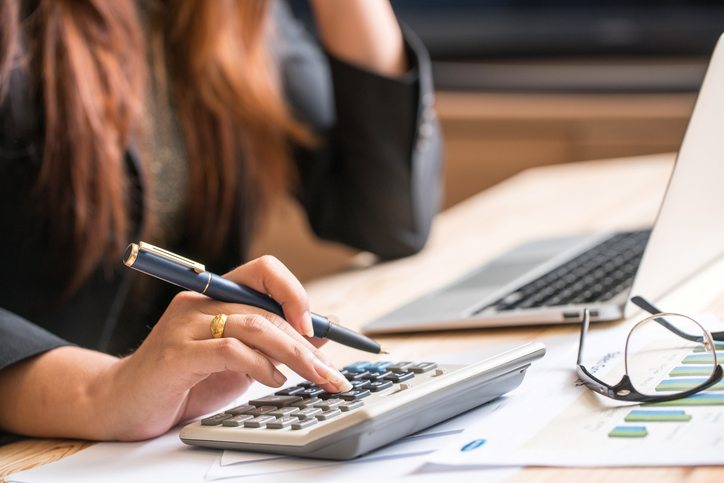 What 5,000 year old tablets tell us about the future of accounting

Once upon time, ‘accounting in the clouds’ would have sounded more like a knock-off Beatles song than actual reality. Now, we’ve become used to this sophisticated technology. Developments in FinTech have meant that, in the world of modern accounting, the sky is no longer the limit. Contractor accountants, 3 Wise Bears say that not only is cloud-based and online accounting commonplace, it is better for the modern world of business, with freelance culture, startups and remote working businesses remaining popular.

These developments can make it easy to lose sight of the fact that civilisations were developing financial structures millennia ago. Back when tablets were only slabs of stone, economies were beginning to be cultivated by the pioneering individuals who would come to be the first accountants. How they explored economic and financial queries can tell us a lot about the foundations and future of accounting.

We started accounting with (stone) tablets

In a civilisation based in Uruk, a Mesopotamian settlement (located in what is now modern day Iraq) the world’s first known system of commerce was established. This fascinating discovery was made in 1929, when German archaeologist Julius Jordan unearthed a vast number of clay tablets, engraved with a script we now call ‘cuneiform’. These 5000 year old slabs were much older than any samples of writing that had been discovered in China, Egypt and Mesoamerica.

Along with the tablets, Jordan discovered little clay objects, shaped like the commodities of daily life – jars, loaves, animals. French archeologist Denise Schmandt-Besserat identified the purpose of these little objects: they were used for corresponding counting. These small models were part of a system in which quantities of goods could be verified by comparison, without the use of proper, numerical understanding.

Schmandt-Besserat also noticed the correlation between the tablets and the tokens. The markings on the tablet recorded the passing of the tokens as their shape was indented or drawn on the soft clay. This simple method enabled the economy’s necessary elements: trading, planning and taxation.

Straightforward transactions like the exchange of 10 sheep for 100 litres of grain, could be accommodated for in ancient accounting practices. But as economies became more multifaceted, systems had to be able to handle more complex sales. Factors like numerous buyers, lenders, exchange rates and interest rates demanded a more complicated financial structure than had been used in the ancient world.

The Roman system of writing numbers was eventually abandoned and, in the Middle Ages, Venetians began to embrace Arabic numerals. These signifiers made it easier to add and subtract, helping with the documentation of complex transactions.

The stars of accounting began to emerge…

Theologian and mathematician Luca Pacioli created the first treaty on double-entry bookkeeping. In his book, “Summa de Arithmetica, Geometria, Proportioni et Proportionalita” Pacioli included a section which would vitally shape the future of capitalism. He described in detail, the system by which every entry into an account was matched by a corresponding and opposite entry into a different account.

This lead to the accounting equation: Assets = Equity + Liabilities. Using this as a tool, accountants were able to route out errors with ease, as, if the sum of the debits didn’t amount to the sum of the credits, something had clearly gone wrong.

Its this basis system that all accountants are still using today. As the business or individuals number of exchanges and assets increases, the complexity of matching these amounts changes. Computers can assist with this, and you can see versions of these equations on your bank statements – even if you don’t do much with them other than looking at the balance.

Where are we now?

We’ve come a long way since the accounting of antiquity, but some of its integral elements, which endured throughout the middle ages and the Renaissance, are still encompassed by today’s systems. Whilst some principles of accounting are timeless, in many ways, the industry has had to mutate beyond recognition so as to adapt to economic change.

Now, as the gig economy grows and the market is constantly redefined by disruptive innovation, accounting has to work hard to keep up. But the industry is adapting. Different specialisms have been established, and start-up, freelancer and contractor accountants all bring different expertise to specific facets the changing economy.

Accountancy has developed and diversified so as to fulfil the financial requirements of a new, business landscape. Whilst stone tablets and jar-shaped counters are a thing of the past, ancient principles were the germinal of modern practice. Our current array of accounting services and financial technologies, in part, owe their sophistication to the rudimentary systems of 3000 BC.

So, while you are fully capable of running the accounting of your business, it is also easy to see that, when managing your own company, it makes sense to get an expert accountant to check your books while you stick to using the cloud and your tablet app to monitor your balance.