Shoppers are being advised to buy big if they want to avoid price hikes on eggs this winter – with the cost of very large eggs rising at a slower rate than medium ones.

Experts from price intelligence company Skuuudle have revealed new data which tracks the rising cost of eggs over the past five months.

In the comprehensive analysis of the price of eggs in the UK, 120 products sold across the seven major supermarkets have been forensically tracked over a five month period up until 5th December 2022.

With fresh food price inflation rising to 14.3% for the 12 months until November 2022 the price of a box of six medium eggs has risen by this figure in just the last five months.

Avian flu has disrupted the supply chain of some egg ranges, tightening supply of the most popular products and pushing the price up of sizes most in demand.

But savvy consumers can find better value on the shelves if they buy a box of six very large eggs rather than smaller sizes.

The data revealed that less popular egg products including the very large size and larger quantities of eggs rose by between five and seven percent whereas the more popular boxes of six large or medium rose by higher percentages. 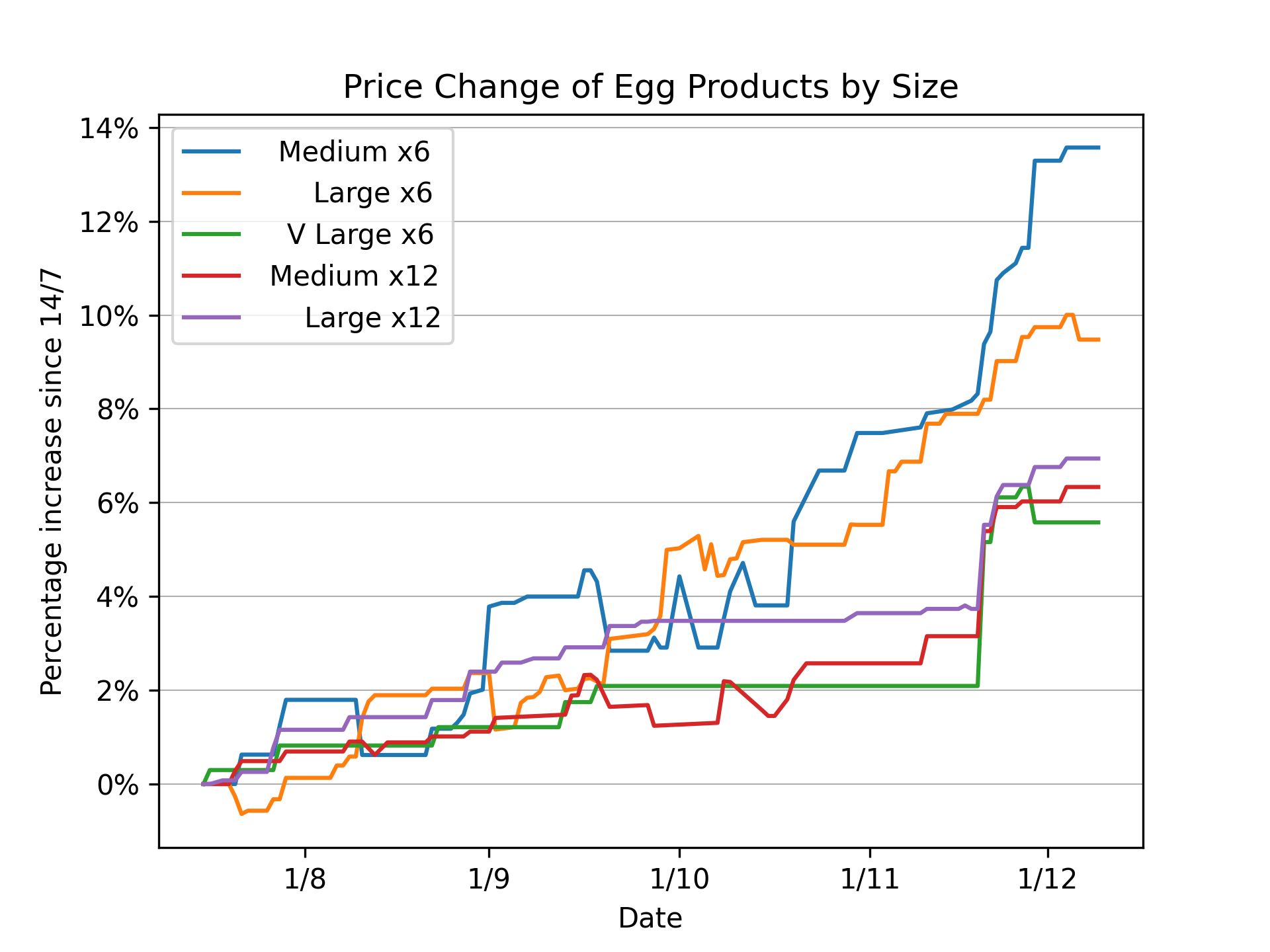 This might also reflect a need for retailers to sell the most popular products for the highest prices relative to other variants.

Skuuudle generates market-leading data analytics to help retailers understand the markets they are operating in to continue to provide optimum prices for consumers – in the face of rising inflation.

This allows retailers to compare like for like products and accurately track changes in price of the same product across different retailers.

This level of insight is critical when accurately tracking the price of a product such as eggs that are in high demand but subject to supply shortages currently.

A Skuuudle spokesman said that retailers have an unenviable ‘balancing act’ to perform when it comes to pricing, having to consider the needs of the customer, their suppliers and the supply chain.

He said: “Egg shortages have been in the news recently with some supermarkets going as far as rationing the number individual customers can take home.

“These have largely been driven by supply chain issues which have also had an impact on the prices supermarkets are paying to their suppliers.

“What is interesting is how supermarkets are choosing to pass these increased costs onto ordinary consumers.

“Our data reveals that it’s the prices of the high volume products which are rising at the highest rate while variants such as very large eggs, are in effect becoming cheaper compared to medium-sized ones.

“By choosing very large eggs shoppers can avoid some of the price hike although as the cost of very large eggs is higher than medium anyway it may not feel like they are getting a bargain.”