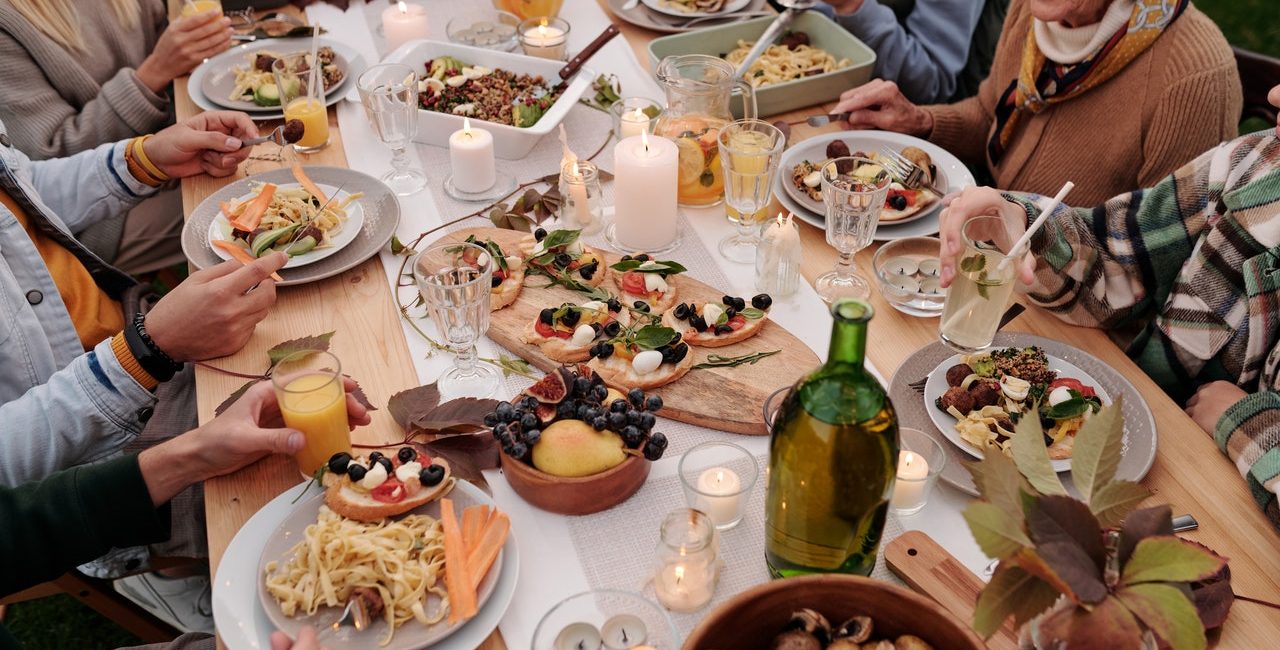 Food plays a vital and celebrated role in the traditions of every culture in the world. It is associated with religious ceremonies, social events, families, friends, and all aspects of life. While each culture has its own unique traditions that may differ greatly, the fact remains that every culture has food traditions. Many of these are strongly associated with certain times of year, and particularly with celebrations.

Many of the traditions celebrated today are rooted in religion, marking significant religious holidays – and almost every religious holiday, no matter what the faith, has some customs relating to food. Sometimes people may fast for a certain holiday, or eat certain foods and celebrate with traditional meals.

In many countries in eastern Europe including the Ukraine, Russia and eastern Poland, families traditionally share a bowl of a porridge-type meal called kutya made from wheat berries, poppy seeds, and honey. This meal is shared on Christmas Eve as a symbol of hope and immortality.

During the Jewish festival of Hannukah, families gravitate towards oily foods symbolic of the oil used to light the lamp in the story behind the festival. Israeli Jews often prepare sufganiyot, which is a type of fried jelly doughnut, while Jews around the world feast on a type of potato pancake called a latke.

The Muslim faith includes the festival of Ramadan, which takes place over a whole month. During this month, the observant will fast from sunrise until sunset each day, breaking the fast as the sun goes down with a nightly meal called iftar, which features numerous dishes including traditional salads, soups, and meats.

The new year is a time for new beginnings and as such, many cultures have food traditions which symbolise hope and good fortune. One Spanish tradition is to eat a single grape for every toll of the clock as it chimes midnight. In the Netherlands, the traditional food to be eaten at new year celebrations is oliebollen, which is a type of fried sweet dumpling. Since the 17th century, it has been the custom in many Japanese households to see the new year in by eating buckwheat soba noodles at midnight. The long noodles represent prosperity and longevity.

The African festival of Kwanzaa takes place over seven days from the 26th December. It is a relatively new festival, having begun in the 1960s, but is rooted in the much older custom of celebrating the first fruits to be harvested. Families indulge in feasts featuring plenty of fresh fruit and vegetables alongside favourite foods such as benne cakes and fried okra.

Some food traditions around the globe have become so deeply ingrained in their cultures that UNESCO felt the need to preserve them by granting them World Heritage status. Some examples of cuisines recognised by UNESCO include Washoku, or traditional Japanese cooking, the Mediterranean diet and its processes and rituals, and traditional Turkish coffee such as that found at the kaveh kanes, or coffee houses, that are prevalent throughout the country.

Simon Whalley is a former director of music who is known for nurturing talent in musicians around the world. He has served as a university lecturer, helped create three music albums, and overseen several international tours.