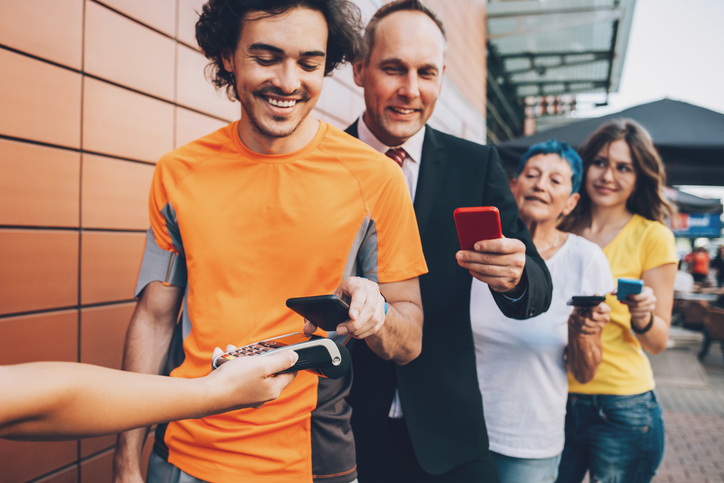 How NFC is Transforming the Sports Sector

The sports industry generates £20 billion a year for the British economy and provides employment for almost half a million people. It’s a huge and growing sector and one in which the British are leading players on the world stage. It is no surprise, therefore, that those within the industry are looking towards technology to improve the products and services they offer. One such technology is near field communication (NFC) and here we’ll take a look at the surprising ways it is making a difference.

NFC technology transfers data between devices over short distances using radio waves. One of the devices is a small chip, called an NFC tag, which can be attached to almost anything (e.g., we use them for tagging pets and embedding into contactless payment cards), and the other device is a reader, which reads the data stored on a tag. Readers, in turn, can connect to a central IT network or to a cloud-based system where the tag’s data can be processed.

One of biggest merchandising areas in sport is the football top. Watch any crowd shot on Match of the Day or take a walk down any high street and you are bound to see fans of different clubs proudly wearing this season’s newest shirt.

Thanks to NFC, sports shirts are about to become a little more hi-tech. Some sports brands are already embedding NFC tags into the shirt so that when a user taps the club badge with their NFC enabled smartphone, they can instantly access the latest information on their team. Whether at the stadium or elsewhere, fans can get details about fixtures, team sheets, player profiles and even be sent video clips and goal notifications. At the same time, the fan can be sent special offers, such as discounts on tickets or merchandise.

According to Deloitte, almost 70 million people attended a sporting event in the UK in 2016, many of whom will have been part of a big crowd. Whilst watching an event is a great experience, the enjoyment is often marred by long waits when queueing to get in.

In order to resolve this (excuse the pun) long-standing issue, some teams are moving towards an NFC based solution. Season ticket holders can be issued with smart card season tickets with embedded NFC tags that simply need to be tapped or swiped on a reader as they enter. For those who don’t have a season ticket, it is possible to send tickets to a mobile phone and, in the same way that we use Apple Pay, fans can enter simply by tapping the phone.

Getting rid of paper tickets means there is no need to physically check each ticket on the way in and this can dramatically speed up entry times. The added advantage for the stadium is that with people getting in quicker, they will have more time to buy things when inside.

Besides queueing to get in, queueing for food and drink is often another bugbear for spectators – particularly at events like rugby and football matches where there is only a ten or fifteen-minute break between halves.

One of the reasons for the slow service is the time it takes to make a payment. Counting out change for cash purchases and waiting for chip and pin authorisation can make waiting torturously long. In many cases, fans will give up, especially when the next half restarts and this means both the venue and the fan lose out.

One solution is to install a cashless payment system. Doing this enables users to pay simply by tapping an NFC smart card, such as those available from Universal Smart Cards on a payment reader. These are ideal for regular visitors, such as season ticket holders, as they can keep their card balances topped up online. Indeed, the smart payment options don’t stop there. At the PyeongChang Winter Olympics, some spectators were issued with NFC enabled gloves that allowed them to pay in the winter weather without getting their hands cold. An NFC tag embedded into the side of the glove meant all they had to do was tap the glove against the reader and payment was complete.

Using this technology speeds up queues, enabling more customers to get served and more food and drink to get sold.

It’s not only football shirts and gloves that are getting the NFC treatment; big brands like Nike and Adidas have now started putting tags into their sports footwear. The chips play a number of roles. In store, customers can tap their phones on the trainer and see reviews and product specifications. If they buy the shoes, they can download an app which opens when the tag is tapped, and this can be used to help motivate the owner in improving their running, to give information about other helpful products and, crucially, to give the manufacturers feedback about how well the trainers perform.

The hope for the future is that trainers will eventually be able to act as running sensors and give the runner information about their performance.

NFC is a small technology that is having a big impact on the sports sector. It improves spectator engagement, speeds up access to venues, enables quicker and easier payment and makes sportswear better for the user. In addition, it opens up communication channels between the NFC tag and the user’s smartphone that allows teams, brands and venues to better market their products and services.