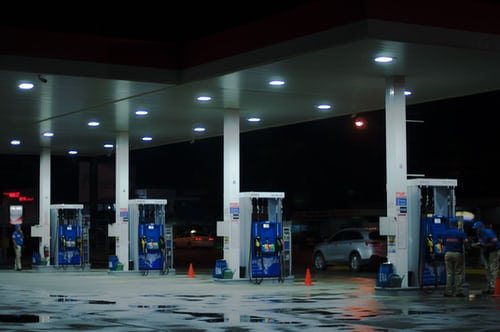 Where are the cheapest petrol and diesel pumps in the UK?

New research from Vertu Motorcycles has tracked down the lowest-priced fuel stations in Britain. Did your local make the list?

It wasn’t long ago that fuel was like gold dust in Britain, with stations across the country selling their remaining reserves at sky-high prices.

The shortage meant it was an expensive few weeks for drivers – and there could be more high costs to come with diesel prices reaching record highs in November.

With all this in mind, finding the cheapest local fuel pumps has never been a bigger priority.

Fortunately, Vertu Motorcycles has done the legwork – revealing the most affordable places to buy petrol and diesel in Britain by analysing price fluctuations over six weeks in September and October.

According to the dealership’s data, residents of Manchester and Coventry are best-placed for some of the cheapest fuel pumps – with 60% of the lowest-priced stations in close proximity to both of these cities.

The cheapest place to buy petrol overall was Costco Birmingham on Watson Road (B7 5SA) near Coventry, whilst the cheapest diesel can be tracked down at Sainsbury’s Enfield in London.

According to the research, supermarkets and independent garages are good spots to grab a bargain on fuel.

Costco members have it best – with this retail store offering the lowest prices on average at 129.9p per litre.

Murco also has low prices at 130.9p, with independent garages averaging out at 131p.

Out of the big supermarkets, Sainsbury’s offered the best value for money at 131.5p, with Asda and Morrisons neck-and-neck at 132.4p and 132.5p respectively. At Tesco, fuel costs came in on average at 132.7p.

Despite major fuel brands having high numbers of locations, drivers are encouraged to avoid the likes of Texaco, Esso and BP where possible – as these brands are home to some of the most expensive fuel pumps in the country.

A Vertu Motorcycles spokesperson commented: “With the fuel shortage still fresh in people’s minds, it is critical that everyone reassess how and where they buy their fuel from to avoid paying over the odds.

“Of course, it is not viable for those who live near expensive pumps to drive further afield to find cheaper fuel, but knowing which fuel brands are best to avoid could save you a pretty penny at the pumps if you do have the option.

“Hopefully, this is the last time we hear of any ‘fuel crisis’, but it always pays to do your research and exercise cautious purchasing habits.”

Some of the best ways to save money on fuel costs involve shopping smart at supermarkets and independents (if possible), keeping tyre pressure levels healthy (under-inflated tyres require more fuel to spin) and filling up only to the halfway mark (full tanks add weight and burn fuel quicker).

For more vehicle insights and guidance, head over to the Vertu Motorcycles blog.