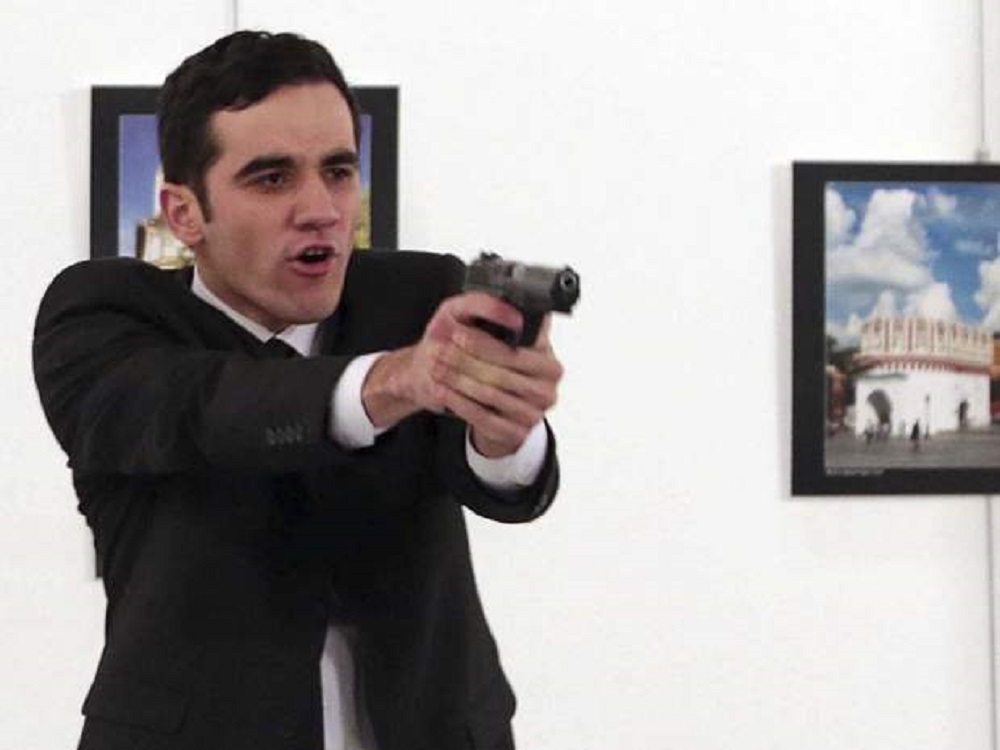 Photographer of Assassination was Present by Chance

The photo was as severe as it was basic: Altintas, 22, a Turkish policeman, is found in a dim suit holding a firearm and hollering. The collection of Andrei Karlov, his objective and the Russian representative to Turkey, is seen on the floor. Everything is white and sterile: the dividers, the floor. There is no hint of blood.

“Bear in mind Aleppo, Don’t overlook Aleppo. The individuals who have a section in this outrage will all compensation for it, one by one,” he hollered, it was later reported.

Video from before the shooting demonstrates Altintas hiding behind Karlov before the new show called “From Kainingrad to Kamchatka, from the eyes of voyagers.” Altintas seemed quiet and – while Karlov talked – ventured off to one side. Altintas was still in the edge when he ventured into his suit coat and hauled out a little weapon.

He started shooting. Karlov was hit a few circumstances and fell. The stunned gathering of people kept running for their lives; some discovered asylum behind close-by segments and others lurched behind tables. Ozbilici, nonetheless, figured out how to take photos of the executioner and dismissed the familiar aphorism: If you can shoot him, he can shoot you.

“This is the thing that I was considering: “I’m here. Regardless of the possibility that I get hit and harmed, or executed, I’m a columnist. I need to do my work. I could flee without making any photographs … But I wouldn’t have a legitimate answer if individuals later ask me: “Why didn’t you take pictures?”

While newsrooms the nation over have decreased spending plans on photograph work areas, photojournalists have assumed critical parts in clashes running from Iraq to Syria. Matthew McDermott, a photojournalist for over 20 years who secured the Sept. 11 assaults and the 2005 quake in Haiti, said photojournalists regularly make them thing in like manner: they are thrill seekers.

“You’re at this time,” McDermott said, “and you know there’s a possibility for real damage, yet that is all optional. You’re there to take the shot.” McDermott said photojournalists are likewise regularly forced by their editors to concoct the photo. “In case you’re managers know you were there, you better not give somebody a chance to beat you,” he said.