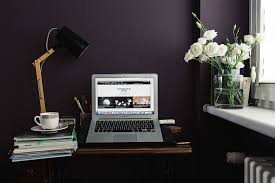 Remote working has been both a lifeline and a struggle for many businesses around the world. While it has kept some afloat during COVID-19, plenty of SME owners have been eager to get back to normal. However, there are businesses out there who have had a taste of remote working and aren’t quite ready to give it up yet.

While remote working might not be for everyone, it’s an option that people are starting to consider long-term. According to Quickbooks’ 2020 small business survey, almost one in four new business owners say they are planning to use a completely remote workforce.

50% of these new businesses also plan to hire a contractor which could be good news for the freelancing community.

Companies such as Twitter, Shopify, Upwork and Google have either extended their work-from-home plans or made them permanent.

While these companies naturally have access to better resources and budgets than smaller businesses, they also have much larger teams which are more difficult to manage. Smaller teams are arguably easier to manage and keep track of, than larger businesses.

Remote working has been something that a lot of managers and business owners have feared. Managing a remote team is not without its challenges but it has, by and large, led to a happier more productive workforce in many cases.

Seven years since the study, we have seen the biggest sample of people working from home. While results may vary between industries and teams, the results have been mostly positive.

A study from Digital.com found that while 1 in 3 workers claimed they are less productive, the majority believed they were getting more or an equal amount of work done from home.

The study found that 54% of respondents had never worked from home before so there has been a big adjustment period for many people. Of those who said they are less productive working from home, almost 30% say it’s because of anxiety over COVID-19.

For those struggling with remote working, the main problem seems to be a lack of collaboration. 33.2% of respondents said working alone was affecting their productivity. Another issue has been distractions at home, which 29.7% said was a problem impacting their work.

Most businesses seem to be experiencing positive outcomes with remote work. However, it appears that many teams still have a way to go to ensure the results are beneficial for everyone.

The Impact of Remote Working on Tax and Payroll

For those businesses who are considering going fully remote or hiring remote contractors, it’s important to keep all your tax affairs in order. You’ll need to think about how you organise payroll and address legislation such as IR35.

The best way to keep on top of it all is to enlist the help of a specialist accountant like BrooksCity who can help you handle payroll and IR35.