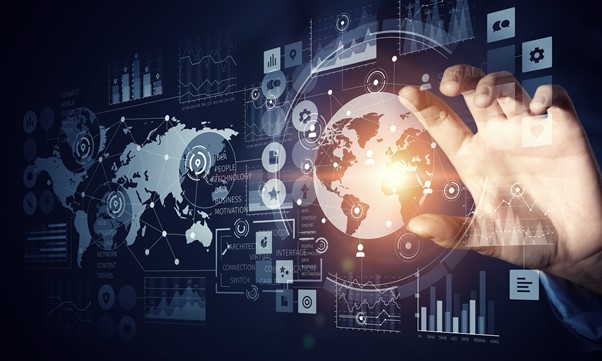 Code to Joy: Why the new Golden Age of Tech will be European

The European tech industry has come of age. With over 130 unicorn companies (organisations with a valuation of $1 billion or more), 85 of which were born in 2021, Europe now has a higher unicorn growth rate than the US. The region has also produced decacorns for the first time (companies valued at $10 billion or more), as iPath from Romania and Klarna from Sweden make massive waves.

All of this shows just how much of an impact the European tech industry is having on the global stage, and it’s not too much of a stretch to say that the new Golden Age of Tech will be European. Below are a few more ways demonstrating why the continent looks set to dominate the global tech scene in the coming years and decades.

It goes without saying, but tech startups need funding to get off the ground and flourish. While European tech startups traditionally lagged behind the rest of the world in terms of funding, statistics show that the landscape has massively shifted in recent years. According to Crunchbase, European startups received $116 billion worth of investment in 2021, up 159% from the pandemic-afflicted 2020. What’s so staggering about this figure, however, is how much this total has grown in the last decade or so. In 2012, just under $8 billion was invested in European startups, representing 13% of all global funding. By 2021, that figure had risen to 18%.

The main reason for this level of investment? Well, aside from their high performance, European startups also tend to be more attractive financial prospects than, say, startups in the US. In the latter, “startups compete in a giant market and need a high degree of market penetration in order to gain a competitive advantage over potential imitators. Hence, growth and traction are the main success factors as seen by both investors and startup founders.” However, this approach is at the expense of prioritising cash flow, meaning these startups are at higher risk of going bust than their European counterparts, where revenue is the primary focus early on. This generally makes European startups a much safer bet.

Because of all of this funding and startup triumphs, not only are we seeing more success stories such as the likes of iPath and Klarna, but there are naturally more tech jobs in Europe than ever before. For example, while partly influenced by the easing of the pandemic, European employers posted almost 900,000 tech job listings in the first quarter of 2021 — a rise of 9% from Q4 2020, and a 40% jump from Q3 2020. This reflects a longstanding trend of a growing number of job opportunities on the continent. Such an increase has given rise to a range of European tech job sites, from general ones like tech.eu and EuroTechJobs, to those focusing on more specific fields such as SAP and Amazon Web Services. Consequently, it’s easier than ever to find a tech job in Europe.

Not only are there more European tech jobs than ever, but more talent to fill them.

First and foremost, Europe has a lot of tech talent, and it’s only growing — the world’s leading source code host, Github, is a great example of this. The most recent statistics show that over 73 million developers were registered with Github in 2021. When looking at the geographic distribution of this, we can see that 27.3% of them were based in Europe, 31.5% in North America, and 31.2% in Asia. What’s particularly interesting about this is the change in these numbers over time. Back in 2015, Europe had just 20% of these registered developers, while 40% were based in North America and 30% were from Asia. As such, the share of European developers has grown massively, and looks set to keep doing so in the future.

Most talent rankings show that Europe produces the best in-class tech talent. Take Coursera’s 2021 skill level report, for example, which highlights that nine out of the top ten countries that achieved the maximum skill levels in tech are from Europe. While, on a more formal level, the Times Higher Education Ranking 2022 shows that three out of the top five and eight of the top twenty five computer science courses are based in Europe.

Another big part of the European tech scene’s success and a strong reason this is likely to continue is its fostering environment. This largely stems from the European Union, as thanks to The Brussels Effect, the EU has set the global regulatory standards that influences how the tech industry operates across the world. Examples include everything from data privacy and GDPR, to measures impacting Big Tech like the Digital Markets Act. This proactive approach imbues European businesses with a global mindset and sets the tone for them to be world leading.

This fostering environment manifests itself in numerous other ways too, from the rising number of European accelerators and incubators to the growing number of startup conferences. These include the likes of Startup Olé, TNW Conference and Webit Festival Europe, all of which attract tens of thousands of attendees each year. Such events give tech entrepreneurs the opportunity to meet with their peers and industry leaders, enabling them to exchange ideas and gain access to customers and capital. Many of them have exploded in popularity in recent years, and further signal a shift towards Europe as the global leaders of tech.