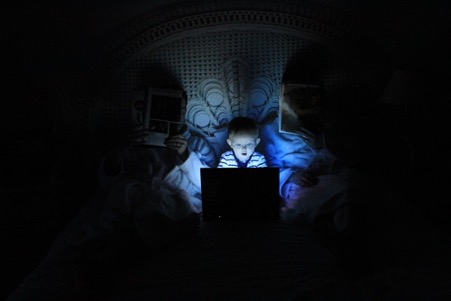 Why is Internet Monitoring so Important for Your Child in Today’s age?

The mobile phone itself is not a curse or a boon, and it is its use that renders it to one or the other. No doubt its advantages cannot be ignored, but it is a bitter truth that its misuse casts a menacing shadow on our children’s future.

Mobile phones are among the basic needs of today’s life. Today’s life scenario is much more different from earlier as we all are going through a phase where a disease named CoronaVirus is circulating in the environment. So due to this monstrous disease, we are restricted from going out even for our basic needs. Even the schools are closed due to the danger of this disease. In case mobile phones are serving as a helping hand in Student’s education. Online schooling of children is becoming more common so having a mobile phone for children is necessary.

Every Student should have a mobile phone because their studies are dependent on this gadget. Parents as guardians have to fulfil the needs of their children. They have provided mobile phones to their kids, but they have forgotten that it is a machine. It will respond as it is directed. It doesn’t have any brain, so it will not filter the information. It will just show the results as it is commanded, so regarding these facts, the rising issue is: Is internet monitoring important for your children today?

Yes, it is necessary to keep an eye on children’s mobile phones because the brain in childhood is just like an empty USB. Their brains will not filter the information because it doesn’t have any sense of fruitful and harmful information. So the parents must have a check on the social activities of their children.

This little invention can misguide them in just a couple of minutes. So many websites show such materials which are nothing but poison for their sacred minds. Because of this gadget, little kids are addicted to pornography. Their intentions, goals, priorities, and imaginations would be changed and take a dreadful turn from which they could hardly deviate.

Parents should take help from the spy cameras to keep an eye on their children. Spy cameras are little gadgets that are designed to snoop. Therefore it doesn’t produce any sound or signal through which it could be detected. It can easily be fitted at the places from which it cannot be seen, for example, behind the vase, under the LCD, Between the flowers in the basket, and many other hush-hush places. So finding the spy camera in your child’s room is nothing but a wild goose chase. Video recordings could be made on it for any desired time interval, and then you could easily check it.

To save your children from these troubles, you have to focus on them. You have to spend more time with them. Try to listen to them rather than imposing your orders strictly on them. Don’t show strictness in every matter because, by too much strictness, they would become stubborn rather than being a good person. They would start imagining you as their oppugnant. So be kind to them and try to be friendly. By doing this, you can have access to their minds. Only about the usage of the mobile phone, you have to show strictness. You have to minimize their time using mobile phones. Late-night chatting and calling their friends should be abolished.

As children are the future of the nation, guide them properly one day by God’s blessing. They would be the shining stars of the future.