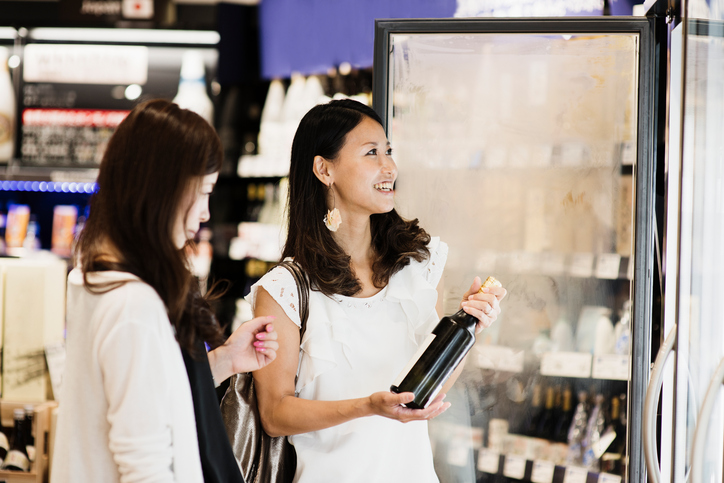 Having entered his second term as Democratic Leader, Prime Minister Shinzō Abe has forged a fierce plan of economic action which wages war on consumer attitudes and behaviour. This is Abenomics.

For the last 20 years, Japan has been in a pretty constant state of deflation, leaving adolescents of around the same age with the unhappy nickname ‘the deflation generation’.

Japan’s population is aging faster than any other, causing some major demographic and economic problems. Closure of large companies pushes people into early retirement, or out of work and onto a different career path. In the UK, such occurrences are not uncommon, but in Japan, it’s come a bit of a culture shock. The job for life guarantee that has stood for so many centuries can no longer be supported by the uncertain economy and equally uncertain, anxious workforce.

Pinched by low wages and pummeled with never ending talk of financial woes, the deflation generation are reluctant to part with their money. Without government support systems there has been a complete shift in their outlook towards work, expectations of life satisfaction and the current leading political party.

Domestic spending has slumped; last year the consumption tax shot up from 5 to 8%. This is where the 3 arrows of Abenomics come flying in.

The Abenomic quiver will target three areas: Fiscal policy, monetary policy and structural reforms. One of the most initially perplexing changes attached to monetary policy is the negative interest rate. This 0.1% rate is an attempt to smoke out saving investments and get the money running back into the public economy.

It’s a drastic measure and onlookers are sceptical. Martin Schulz of the Fujitsu Institute in Tokyo told the BBC “Businesses don’t need money – they need investment opportunities. And that can only be achieved by structural reforms, not by monetary policy”. It seems as though not all the arrows are expected to hit their mark.

Anxiety has replaced ambition for many of the youngest members of the Japanese population. They are less inclined to take any kind of financial risk, from moving out of their parental homes to trying to launch their own businesses. Those that do take the entrepreneurial leap, flock to Tokyo or leave the country altogether.

Japan is losing young, technically skilled labour to start up hot-spots, such as the Silicon Valley in America. Support for entrepreneurs is stronger in such locations, and since Japan has reduced research budgets, employment and income prospects for professionals like software engineers are much better.

Following a visit to San Francisco,  Prime Minister Abe expressed his interest in bringing the dynamism of Silicon Valley into Japan. In doing so, he hopes to encourage growth of small-mid tech business blossom in an state which has previously focused on protecting established industry giants.

In Osaka, the country’s second largest city, an attempt at harnessing some of this San-Fran strength is already underway. A three story complex is beginning to resemble a real life equivalent of the App Store, where shoppers can try out apps while they are being created and play with programmes in the earliest stages of development.

One of the crucial problems here is that once the fledgling businesses take off, there is no guarantee they will stay in Japan, let alone Osaka. It’s a surprising turnaround for a country renowned for being home to tech company giants.

Japan may be looking at other valleys to inspire economic solutions, potentially taking inspiration from the Napa Valley. Despite (or maybe as a result of) everything, Japan appears to be going through some sort of wine boom. Though fine wines of choice has famously always been from regions celebrated by wine experts, recent trends show an increased tendency to drink locally produced wines. Now, the exportation from Bordeaux to Japan consists more of lower priced, entry level wines, reflecting more interest in drinking the bottles than adding to a wine portfolio. 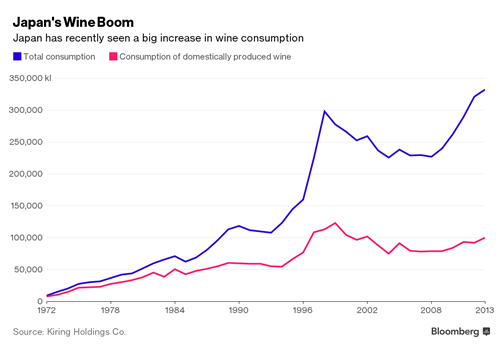 Unlikely as it is, especially in an area of the country stricken by depression and natural disaster, the Akiu Winery, which sits north of Tokyo in the Miyagi Prefecture, has spotted an opportunity to support its local industries and bring some much needed wealth back in the region.

Wine tourism has the potential to turn this troubled segment of local industry around. If more businesses follow this model, and Akui Winery hopes they will, then the positive implications could be felt across the country. On Miyagi alone, the Japanese government has already spent 25.5 trillion yen (£160 billion) since 2011 in an ongoing attempt to build scope for prosperity and work. If this optimistic, entrepreneurial spirit can be adopted by more business across Japan, perhaps technology start ups will grow and spending with increase.