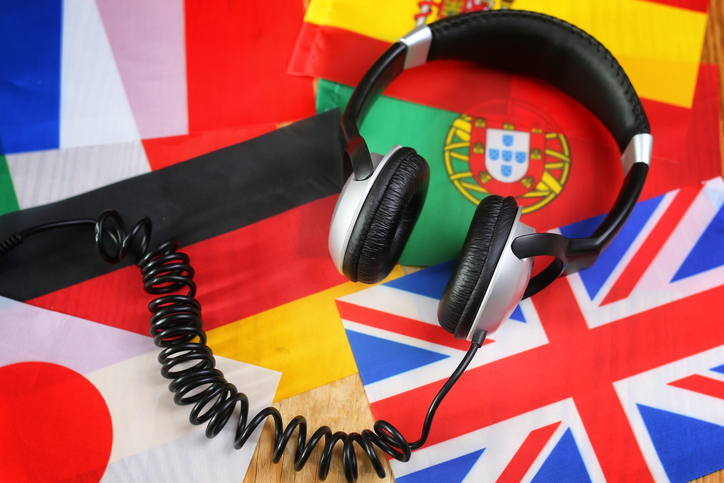 3 Best Ways to Learn a Language

There are so many advantages to learning a new language that there’s almost no need for us to list any of them here. Not only does it help you connect with new people around the globe, but there’s also strong evidence to suggest learning a second language can delay the onset of Alzheimer’s and increase brain power.

The ability to speak multiple languages is especially helpful in business, with the global market becoming increasingly important to even businesses of all sizes. Some companies may instead choose to rely on an interpreter. As Global Voices explains in its guide to face to face interpreting, there are actually many kinds of interpretation available. And while this is a great option, learning a new language yourself is the only way to get all the benefits—business, brain or otherwise.

In the age of the internet, there are countless ways to learn new languages. There are even, some which don’t involve going online. These are the three most effective courses of action for those who want to master another tongue.

There are now more mobile phones on the planet than there are people. This should make it easy for you to track one down and download one of the many language-learning apps available.

One of the most popular is Duolingo, with over 10 millions users worldwide. Duolingo works by gamifying the process, breaking a language down into ‘levels’, and taking the user through them in a series of games which recall traditional flash cards. Continued attempts at these games are intended to strengthen your verbal skills, and eventually lead to language mastery.

Aspects of Duolingo have been criticised by some in the linguistic community, especially the lack of explanations for how the languages work, as well as some awkward vocab choices. Overall, though, apps like this are an effective—and free—way to start getting to grips with an unfamiliar language.

Another common criticism of apps like Duolingo is the lack of human interaction. The same cannot be said of immersion courses. As the name suggests, these courses involve immersing oneself in a language and culture entirely by spending time with a talking to native speakers. Unsurprisingly, this often involves moving abroad.

An immersion course is essentially a more structured version of moving to a new country and attempting to speak a new language immediately. A course typically involves a group of students moving abroad, or to a secluded area, and studying a language all day, mostly by speaking it.

Immersion courses have universally positive reviews; one former participant even found an immersive Arabic course in Oakland, California more effective than a four-year degree in the language. The only real downside of courses like these is the relative expense, especially compared to language apps, which are almost all completely free.

For those who want immersion without the travel or time-intensive commitment of an immersive learning course, virtual reality (VR) offers an alternative. VR has already been hailed “the next step in language learning” by the United Language Group, and praised for improving understanding by VR production company REWIND. However, its potential is recognised more widely too.

Programs like Mondly bring together aspects of Duolingo-like apps and immersive courses together. Constructed ‘scenarios’ featuring virtual characters are the closest thing possible to human contact, but without any of the risk of embarrassment. Another VR language learning platform, ImmerseMe, boasts extremely realistic locations for its scenarios, really bringing the learning experience to life. If programs like these take off, virtual reality may well transform language learning completely.

Ultimately, the best of these three learning methods for you will depend on your own personal preference. Where possible, try each of them to see which one works best. Before long, you’ll be fluent in the language of your choice.