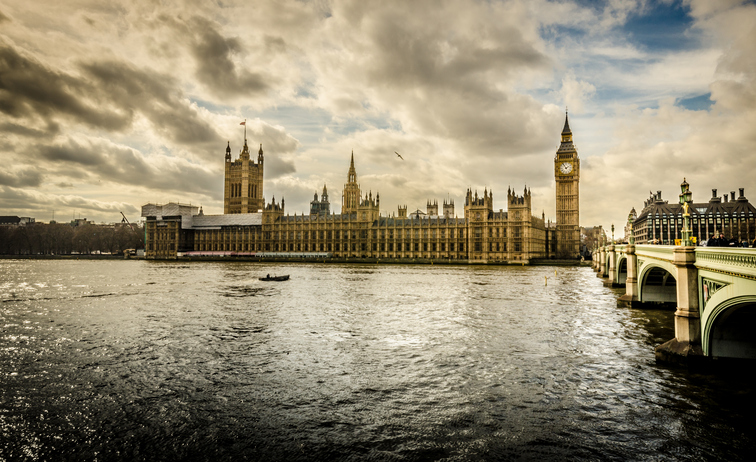 The UK government recently caused vitriol when it emerged MPs had voted not to write part of an EU treaty recognising animals as sentient beings into the EU Withdrawal Bill. The decision was lambasted by animal welfare groups, with the RSPCA’s David Bowles stating that it was a “truly backward step” for animal welfare, and British Veterinary Association Senior Vice President Gudrun Ravetz calling the decision “extremely concerning”. The public also let their feelings be known, with a petition to reverse the decision gaining over 178,000 signatures.

The public and welfare groups alike may not be on the same side as the government, but they are on the same side as science, and indeed culture as a whole. There is a raft of evidence that animals are sentient beings, and this sentience is even reflected in animal representations in popular culture in the form of anthropomorphism.

Despite MPs voting that animals are not sentient, numerous studies show that individuals from a wide range of species can experience emotions ranging from joy and happiness, to deep sadness, grief, and post-traumatic stress disorder, amongst others.

Solid theory backs this up, with Charles Darwin’s ideas about evolutionary continuity a key signifier of animal sentience. This recognises that although there are differences among species in anatomical, physiological and psychological traits, these are differences in degree rather than kind. The fact that humans have the same areas of the brain that are important for consciousness and processing emotion as other mammals and vertebrates is telling.

Some animals have even been shown to show empathy, with chickens, rats and mice all having this level of emotional development. For example, a research group at the University of Bristol showed that domestic hens show a clear physiological and behavioural response when their chicks are mildly distressed. Another study showed that laboratory rats will free restrained companions, even doing so rather than selfishly feasting on chocolate.

While a small number of scientists still deny or claim that we do not know that animals are sentient beings, the evidence for this is overwhelming. The fact that animal sentience is assumed in many examples of legislation, such as the Lisbon Treaty and the Universal Declaration on Animal Welfare, shows that many in power are in agreeance of its existence.

With this in mind, it’s no wonder the UK government’s decision not to include animal sentience in the EU Withdrawal Bill has caused such a vicious backlash. But animal sentience is backed up not just by science, but by a vast number of depictions in popular culture.

From the lovable Mickey Mouse to the terrifying Big Bad Wolf, the link between animals and humans has often manifested itself in popular culture, with human representations of animals in art, films and literature emphasising animals’ sentience.

The relationship between animals and art goes all the way back to the creation of art itself. The first ever recorded cave paintings from around 30,000-40,000 years ago featured representations of animals, setting the ball rolling for popular culture’s obsession.

Eventually these representations became anthropomorphised: Ancient Egyptian gods were represented with the heads of animals, and Ancient Greek mythology is filled with human/animal hybrids like centaurs and gorgons. These anthropomorphised portrayals are present in more modern fine art, too. Around 1480, a German artist depicted monkeys assembling tables, a precursor to the famous dogs playing poker painting, with animals’ consciousness emphasised for artistic effect.

Anthropomorphism is still present in contemporary art, such as the representation of hares by Barry Flanagan. His sculptures of hares are often seeing carrying out exclusively human activities, such as kung fu kicks, playing the drums and boxing. Other examples of modern anthropomorphism in art include Kally William’s suit-wearing fox on a bicycle, and William Wegman’s various anthropomorphic art collages, with pictures of animals placed in various human settings, like playing sport and dancing.

Anthropomorphism is not restricted to the visual arts. It has also been seen throughout the history of literature. Aesop’s Fables from the Ancient Greek period featured talking lions, foxes, cats and more. A Roman Empire-era novel, The Golden Ass, is about a man turned into a talking donkey by a magic ointment.

Many other examples have emerged since, especially those aimed at children, with Winnie the Pooh and his talking animal companions one of the most famous examples. These characters display such overt emotion that some have even theorised that the characters are representations of human mental disorders, again showing how parallels with animals own capability of emotion and pain have been emphasised.

These kinds of characters feature in literature for adults, too, such as Black Beauty, told from the perspective of a horse, and George Orwell’s Animal Farm, a politically charged critique of Stalin’s Russia told from the point of view of farm animals.

Finally, films and TV are also renowned for incorporating talking animals. This is a staple of animation in particular. It is often associated with Disney, with the company famous for their use of talking animals like Mickey Mouse and Minnie Mouse from the 1920’s onwards. Both are seen as happy go lucky characters capable of emotions like joy and happiness.

Other famous examples include Looney Tunes. Iconic talking animals like Wile E Coyote and Roadrunner are shown outwitting each other with cunning tactics, and the wisecracking Bugs Bunny is depicted as far more intelligent than his human pursuer Elmer Fudd. This anthropomorphisation remains a prominent feature of recent TV and film animations, with popular films like Ice Age and Finding Nemo utilising sentient animals as their main characters.

The recent parliamentary vote on animal sentience has brought our similarity to our fellow earth dwellers into sharp focus. This is something that we as humans have discovered through hard science, and embellished in the form of anthropomorphism — a bedrock for much of popular culture.