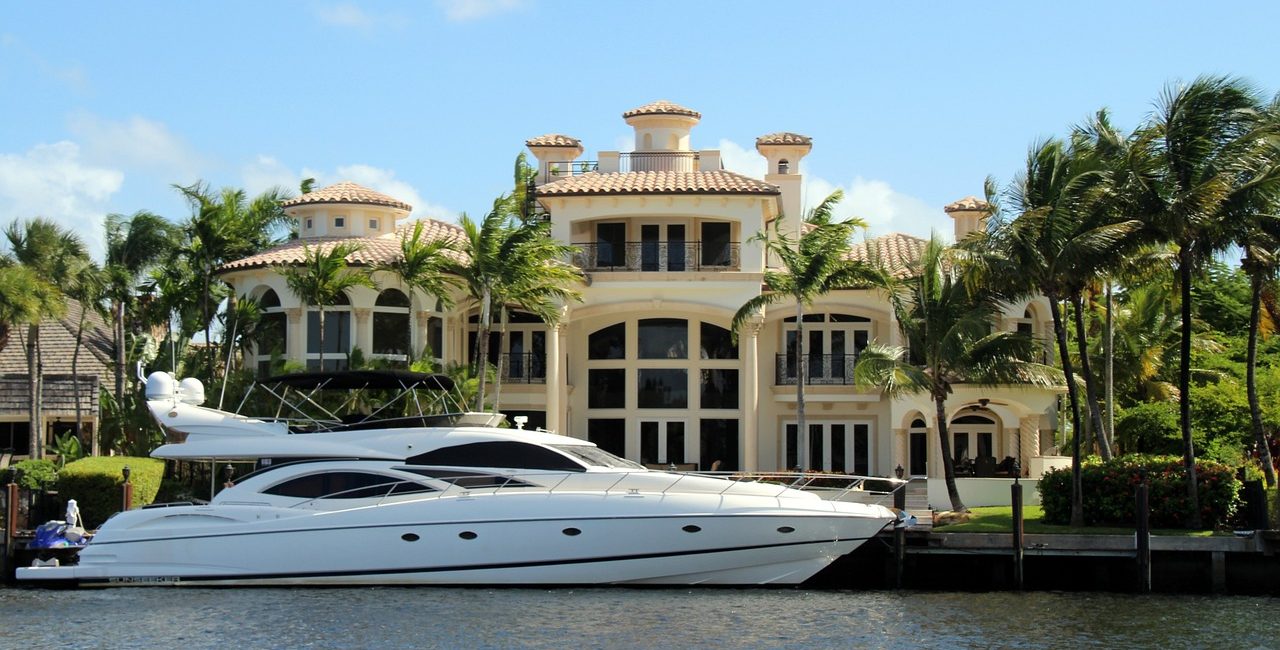 In a global first, the Centi-Millionaire Report pulls back the curtain on the lives of a new class of ultra-high-net-worth individuals, which destinations they call home, their spending habits, and their wealth management strategies. Looking at individuals that boast USD 100 million in investible assets, the Centi-Millionaire Report paints a profile of a fast-growing global elite of highly influential super-wealthy movers and shakers.

With 25,490 centi-millionaires worldwide, it is a powerful class of super-rich tech titans, financiers, multinational CEOs, and heirs whose ranks have swelled amid a period of relative global prosperity and market gains — more than doubling in number over the past 20 years — and whose capital accumulation has been dramatically accelerated by the economically and socially disruptive effects of technology and the recent Covid pandemic.

The Centi-Millionaire Report was released today by leading international residence and citizenship by investment advisory firm Henley & Partners and features exclusive data and insights from global wealth intelligence firm New World Wealth. As Dr. Juerg Steffen, CEO of Henley & Partners, points out, the USD 100 million plus band represents the best definition in today’s world of what it means to be ‘super-wealthy’. “The centi-millionaire is someone so affluent that they don’t need to think about how much they spend. In fact, the level of wealth they have achieved means they are unlikely to ever worry about money again. Not long ago, in the late 1990s, USD 30 million was considered the fortune needed to meet this definition. However, asset prices have risen significantly since then, making USD 100 million the new benchmark.”

Where can you find the world’s centi-millionaires?

Punching above its weight, Switzerland ranks 6th on the list with 808 inhabitants worth over USD 100 million despite its small size and population. Japan (765), Canada (541), Australia (463), and finally Russia (435) make up the rest of the top 10 countries for centi-millionaires. Other major economies such as France and Italy just miss out, with 380 and 298 centi-millionaires, respectively, while South Africa is the top-ranked country on the African continent, with 92 resident centi-millionaires, holding 27th position globally.

Who are the centi-millionaires, and how did they make their money?

According to The Centi-Millionaire Report, there appears to be no set path to attaining centi-millionaire status; some inherited their wealth while others worked their way up to the USD 100 million mark. However, the report does point out some notable generational differences. While a growing number of younger entrepreneurs who founded successful tech companies are newcomers to the club, Baby Boomers still tend to dominate the centi-millionaire circle despite many now cashing in their stock options and selling their businesses.

As Misha Glenny, financial journalist, author, and contributor to the report, points out, unsurprisingly, white males over the age of 55 from the US and Europe make up the majority of the cohort, but these demographics are shifting. “At around 57%, the growth of centi-millionaires in Asia will be twice that of Europe and the US over the next decade. Concentrated primarily in China and India, the centi-millionaires in these countries are set to eclipse their European and American peers.”

The fastest growing market for centi-millionaires over the next decade is forecast to be Vietnam, with an astonishing 95% growth rate predicted for this emerging Asian manufacturing hub, with strong growth expected in the real estate, technology, and financial services sectors. India is next in line with an anticipated 80% growth rate in individuals worth over USD 100 million by 2032. Mauritius has recently emerged as a hot spot for migrating centi-millionaires, with growth of 75% predicted for this safe, business-friendly African island nation. Three other countries on the continent make it into the top league of fastest growing centi-millionaire markets ­in the next decade — Rwanda (70%), Uganda (65%), and Kenya (55%) ­­— with New Zealand (72%) and Australia (60%) also forecast to enjoy exceptional growth.

Commenting in The Centi-Millionaire Report, author, financial writer, and global investment expert Jeff Opdyke says that ultimately, centi-millionaires face the same issue as all investors — they just have more wealth to protect. “A basic tenet of wealth preservation in the 21st century, regardless of wallet size, is diversifying away from the risk of having most or all of one’s assets exposed to a single currency, a single government, and a single legal, taxation, and financial system.” He adds that “in an era where currencies are burdened by the debts and economic weaknesses of the countries they represent, it doesn’t take much to undermine the status quo. Just look at the British pound. In the span of less than two months, it lost nearly 30% of its value relative to the dollar. That’s a major Western currency. The same can easily happen to the dollar.”

Henley & Partners has seen a significant spike in interest from wealthy US nationals, with Americans now forming the largest client base when it comes to residence and citizenship by investment program enquiries and applications. Dominic Volek, Group Head of Private Clients at Henley & Partners, says the firm is opening three new offices in Los Angeles, Miami, and New York to meet the growing demand. “The super-rich are increasingly pursuing a domicile diversification strategy to broaden their investment opportunities and business operations and achieve location fluidity to safeguard against risks ranging from currency fluctuations to geopolitical conflict, climate change, and viral outbreaks. They want to create a portfolio of complementary residences and citizenships that unlocks the world by providing them with personal access rights to a range of different cities, countries, and jurisdictions.”

Commentating in The Centi-Millionaire Report, sociologist and historian Dr. Rainer Zitelmann, who conducted the first qualitative scientific study on the psychology of the super-rich, says that above all, the chief pursuit of the centi-millionaire is optionality: more choices to offer their children an elite education, to conduct business, to invest, to vacation, to retire. “Above all, the super-rich are motivated by the pursuit of freedom and independence. They want to decide for themselves whether to work, what work to do, when to work, where to work, and with whom they work.”

Another trend identified in the report by Stephen Klimczuk-Massion, Member of the Advisory Committee of Andan Foundation, is how today’s super-rich are reinventing philanthropy. “Centi-millionaires are increasingly taking the view that funding their passions in a deeply personal and direct way will generate out-sized results. There’s certainly a new culture of ‘giving while living’, in contrast to endowing large foundations as a crowning end-of-life gesture.”