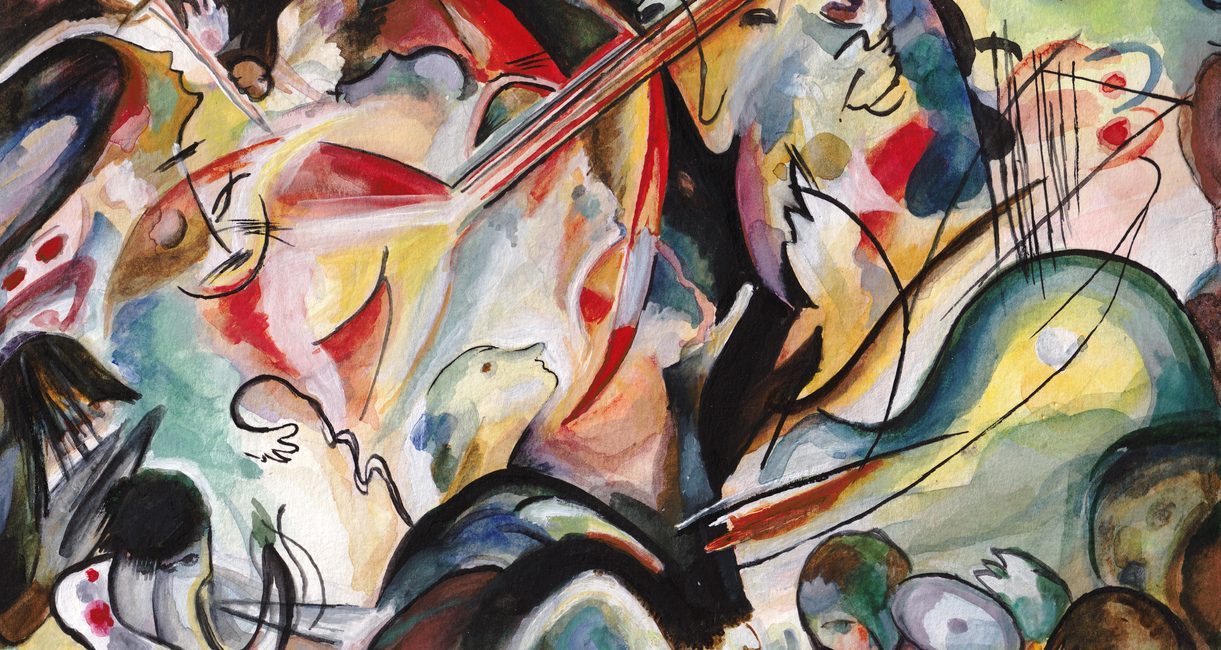 Visual art can have rhythm too

Whether it has been musicians taking inspiration from literature, or filmmakers looking to paintings for ideas on shot composition, the arts have frequently found ways to influence and feed into each other for centuries. This influence can manifest itself in obvious ways, like Dan Brown making Da Vinci’s work central to the plot of his novels, or more subtle ways. One of these is the concept of rhythm in non-musical art.

The notion of rhythm in art can be difficult to define precisely, but it suggests a regular sense of motion within a confined visual space. As with rhythms we hear, these artworks offer patterns which draw the audience’s attention and change just enough to keep them interested in the piece as a whole. Here we’ll go through some examples of rhythmic visual art, and explain why it can be so involving.

Unlike figurative art, abstract painting and sculpture allows for a far greater range of rhythmic possibilities. By depicting patterns and repetitive motifs, which aren’t usually found in nature or day-to-day life, the visual hook makes itself immediately apparent to the viewer. Any subtle changes to that initial image, design or colour, repeated at regular or irregular intervals throughout the work, are the factors which provide visual art with a rhythmic pulse.

Artists like abstract innovator Wassily Kandinsky or, more recently, Turner prize nominee Ian Davenport, who uses a syringe to create controlled lines of dripped paint, specifically cite the importance of music to their work. Kandinsky experienced synesthesia, a condition which allows one to “hear” colours and “see” sounds, and compared the rhythms of his art to “setting colour in motion”. Davenport, meanwhile, is a drummer himself, and his works provide a constant pulse through their use of regularly spaced lines of various colour; as Davenport puts it, he aims to fuse “colour and line [with] beats and pulses and how you put it together”.

How does rhythm work in art?

Art uses rhythm in a similar way to music, by giving the viewer something regular to latch onto throughout a work, making tiny changes to provide visual accents like a cymbal crash in a drumbeat. In a way, identifying how rhythm works in visual art gives the average viewer a small taste of what synesthesia might be like. As Thought Company puts it, “lines [and forms] can produce a rhythm by implying movement…by the ways in which they’re placed next to one another.”

This may explain the impact of Andy Warhol’s 1978 series of paintings which he entitled Shadows. Comprised of 102 silkscreened canvasses showing the same obscure image in different colours, each painting that makes up Shadows also features some additional brushstrokes, courtesy of the denizens of Warhol’s studio The Factory.

Therefore, despite being identical on the surface, each one has subtle enough differences as to create a sense of movement, beyond the walking that a viewer must do to see each painting in the series. Beyond that, Warhol also told described Shadows as “disco décor”, though in his inimitable deadpan style, this was in reference to the disco held at the show’s opening party, rather than any comment on the rhythm of the work itself.

Beyond the finished work itself, much of the sense of rhythm we perceive from art also comes from the physical motion which brings the paint to the canvas. You may think this would be a stretch of the imagination, but works of process art are made to intentionally encourage the viewer to consider how it was made, whether through measured brushstrokes, or the repetitive splashes and violent motions of action painters like Jackson Pollock.

So whilst it may not make itself immediately apparent, works of fine art can have as much rhythm as any audio-visual artforms, and could even take more imagination on the part of the viewer to perceive, which makes it more rewarding.