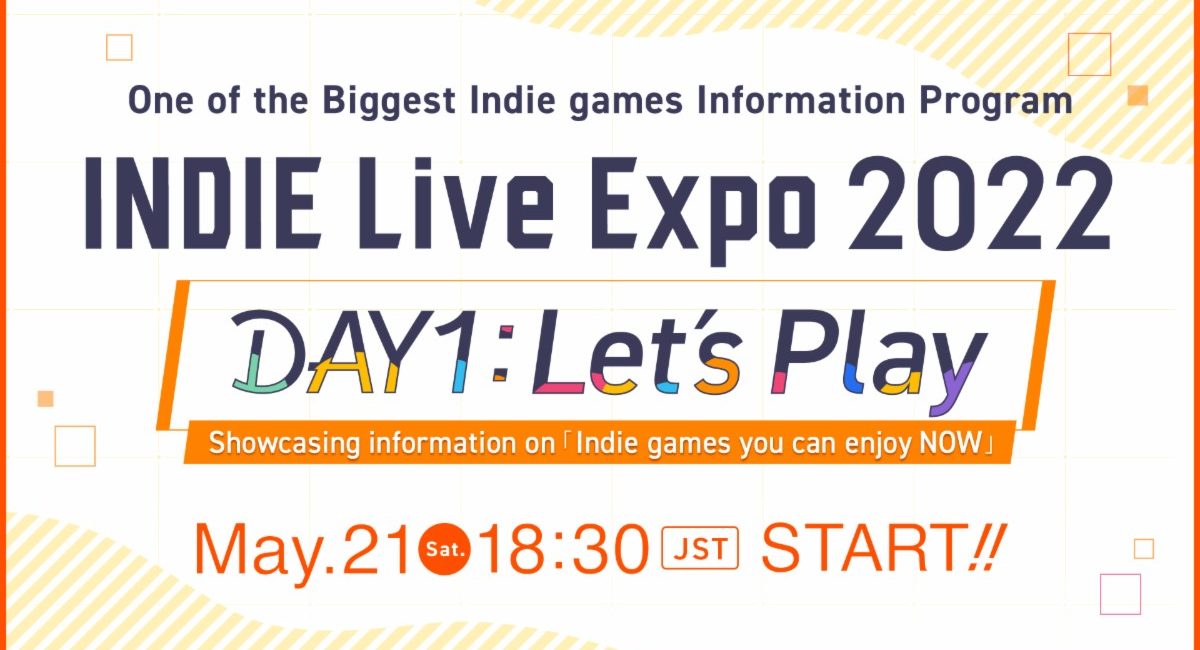 INDIE Live Expo is the latest entry in the biannual digital showcase series which has amassed more than 42.5 million viewers to date across four shows.  Connecting indie game fans worldwide, INDIE Live Expo will show indie titles from across the world starting on Saturday, May 21 and Sunday, May 22 at 2:30 AM PDT / 5:30 AM EDT / 11:30 AM CEST live on YouTube, Twitch, Twitter, and bilibili, in Japanese, English and Chinese.

DAY 2: Premiere will highlight upcoming games, including INDIE Live Premiere segments containing debuts of unrevealed games, and new info on previously-revealed titles. This day will feature more Game Pickups from media and show judges, live performances of music from indie games, and a new INDIE Studios Around the World segment highlighting games and studios from Indonesia.

INDIE Live Expo will once again feature the talents of Kaori “Kaotan” Horiuchi, bilingual Japanese idol member of AKIHABARA Backstage Pass and Twitch streamer. Veteran Japanese indie game YouTuber and presenter J-mon will return to accompany her across both days of the show, with Atsugiri Jason, an American comedian based in Tokyo, returning for DAY 2.

“Our goal with this year’s show is to make sure we aren’t just focusing on new things and disposing of old games the second they’re released,” said Ryuta Konuma, Founder, Ryu’s Office. “By adopting this new format we can give both the games people can play now and exciting games their due!”

INDIE Live Expo 2022 takes place Saturday, May 21 and Sunday, May 22 starting at 2:30 AM PDT / 5:30 AM EDT / 11:30 AM CEST on each day, with broadcasts expected to last at least three hours each days. The show will stream live on YouTube, Twitch, Twitter, and bilibili, in Japanese, English and Chinese.

Sponsors wishing to take part can submit inquiries here, with a variety of opportunities available including logo placements, special video segments, and more. Media and content creators wishing to simulcast INDIE Live Expo 2022 in can apply here before Wednesday, May 11, and will receive mention in the show credits and official website.