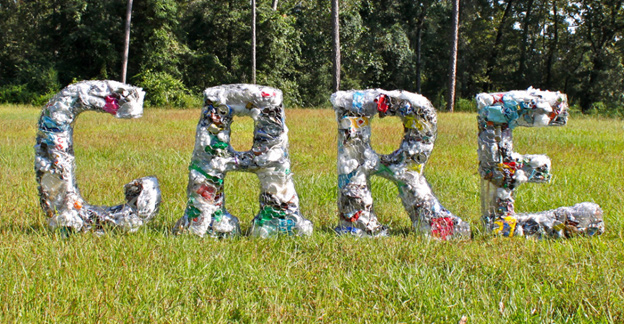 These viewpoints about rubbish clearance are not not based on actual scientific studies but rather direct observations over many decades. Just watching how how children interact with their parents and how people respond to various stimuli can be very instructive.

Before we can discuss the social factors affecting litter picking and littering, we first need to define the magnitude of the problem. Highways England reports that they now spend £8 million annually just to remove rubbish from the roads. For every bag of rubbish they collect, it costs taxpayers £40. K’ching! They collect on average 550 bags of rubbish per work day. When Auto Express investigated this rubbish clearance problem, they found that the cost had risen from £4.8 million to £8 million in only three years — and there’s no end in sight! To say we have a crisis on our hands would be an understatement!

So, what are some of the most important social factors affecting litter picking and littering?

– If a park or neighborhood has litter scattered about, people are more apt to litter.

– If a park or neighborhood has dog poop around, people are more likely to not pick up their dog’s poop.

– If some houses in the neighborhood have junk in the yard, new neighbors moving in seem to be more likely to leave rubbish in the yard.

– If parents litter in front of their children, the children often follow the parents’ lead and litter too. The opposite is true too, even without the parent actually saying a word to the child about what to do with their rubbish. If parents throw their waste into a designated rubbish bin, children tend to follow their lead.

So, what does this say about our society? If you’ve ever gone to the zoo and interacted with the apes, you’ll know that they are famous for imitation. If you give them a cheezy grin, they’ll flash their teeth right back at you. If you stick out your tongue, they’ll do the same. It’s an ape’s natural inclination to imitate other apes!

There’s a famous behavioral zoologist named Desmond Morris born in Purton, Wiltshire, England who wrote two famous books that examined humans and their behavior like a behaviorist would study any other ape. These were, “The Naked Ape: A Zoologist’s Study of the Human Animal” and “The Human Zoo.” While humans don’t typically categorize ourselves as a “naked ape,” when it comes to rubbish clearance issues, we do behave in much the same way as any other ape would behave! Actually too, if you peel beneath the civilized surface of almost any human behavior, you’ll find the same is true.

The vast majority of humans crave social acceptance and we’ll do (or not do) almost anything to get it. Children learn how to be accepted by watching and imitating their parents, and to a lesser degree, their peers. Adults typically don’t like to step outside of a societal norm. So, even if they know fly tipping is wrong, in fact illegal, they are more motivated to do so if they see other humans doing it at a certain spot, or at least see evidence of this occurring. Furthermore, most humans don’t want to be the first fly tipper at a particular spot, unless they get really desperate or they are a societal outlier. Thus, we see far more fly tipping at hot spots where other humans have already exhibited this behavior because there’s evidence that it’s socially acceptable to do so, albeit illegal.

The same is true for a park or a neighborhood. The vast majority of humans would never want to be the first litter bug in a pristine park or a well kept neighborhood as this would ensure they would not be socially accepted. However, if littering is the norm, even if they know it’s wrong, the risk that they’ll be rejected by society goes down, at least by perception. Remember, humans are risk averse when it comes to societal acceptance. This is a very strong motivating factor, or deterrent, depending on the issue at hand.

The same principles apply to rubbish clearance and litter picking. Within a group of social humans (naked apes), if neighbors see other neighbors’ yards devoid of rubbish, they’ll be far more inclined to keep their own yard tidy. It would be too risky not to do so because social acceptance is such a strong motivating force. Likewise, if it’s the norm in a park to pick up rubbish and your dog’s poo as you walk your dog, most humans will do so. However, if they don’t feel any threat to their social acceptance due to litter and poo around, they’ll be less inclined to do so.

When it comes to rubbish clearance, there seems to be trend setters that quite literally change the social norm, and thereby, change human behavior in a good and positive way. LitterAction is a good example of this in the UK, with 643 local groups spread around the country who organize litter pickups. Another great example of this is Clearabee, an on demand rubbish clearance company that started out with one man and a van about seven years ago and now services the entire country.

Clearabee is a for profit company with the social conscious of a non-profit. Clearabee has a clear mission to reduce the amount of waste that ends up in the landfill. They go about accomplishing this goal in several ways, and by any standard, they have been highly successful. About ninety percent of the rubbish Clearabee collects circumvents the landfills and ends up being upcycled or recycled!

As we look for solutions to the escalating littering crisis, we can use humans’ need for social acceptance to our advantage in the way we design educational programs and litter picking programs. We can also use the common trait that most naked apes have at being risk adverse about social acceptance when devising deterrents to problems like littering in the park and fly tipping.