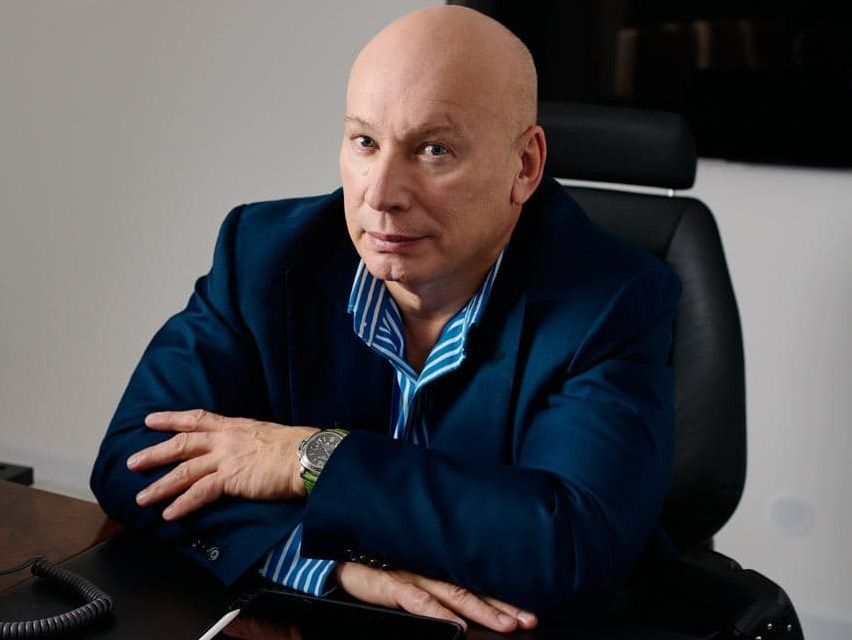 Over the past few years, Finstar Financial Group has been in the news many times for making successful deals or participating in charity projects. Its founder, Oleg Boyko, is a well-known businessman, international investor, philanthropist, and progressist. Thanks to his desire to constantly set new goals and apply innovative solutions, Finstar has been successfully implementing fintech projects for several years.

In his interviews, Oleg Boyko says he is interested in solving complex issues. Having started in the late 1980s with an establishment selling computer hardware and software, over time he switched to the financial sector.

In the 1990s, Boyko became finally convinced that he was not interested in just one business and decided to diversify his investment portfolio. In 1996, Oleg Boyko and his partners founded Finstar Financial Group. This decision was dictated by the need to own a single management tool for companies businessmen invested in.

In the 1990s, once large and reliable companies suffered losses and were on the verge of bankruptcy. This was also true for metallurgical plants. Oleg Boyko was one of those who decided to buy out the debts of companies and invest in their development, creating a single corporation. Together with Alexander Abramov he founded Evraz. For five years, Boyko was not only its co-owner but also a member of the holding’s board. In one of his interviews, he recalls: ‘It was a major project. We were putting Evraz together piece by piece after the 1998 crisis. The plants were in a difficult condition, but it was an interesting challenge.’

Boyko led the company’s strategic development and managed to form a professional team. Evraz Group’s operating performance and share price increased significantly on his watch. When the financial and corporate systems were built, Oleg Boyko decided to leave the company. According to the press, the 25% stake of the company he sold may have been worth up to $600 million. The successful launch and managerial decisions resulted in Evraz now being a global company, one of the world’s leaders in steel production.

The perfumery and cosmetics chain Rive Gauche attracted the attention of the businessman Oleg Boyko in 2007. As the entrepreneur says, the purchase of a majority stake in this company was due to his old love for retail. Kirill Muradov, CEO of the competing L’Etoile chain, was also among applicants for purchasing the company’s shares. According to the media, it was Oleg Boyko’s persistence in negotiations that facilitated the bargain.

‘Innate persistence is key in business. I call it the inner woodpecker – one perseveres to achieve one’s goal against all circumstances and does not give up until that goal is achieved.’

One of the challenges aimed at developing the chain was involving Finstar Financial Group’s experts who already had experience in strategic management. In 2010, Rive Gauche acquired the niche cosmetics and perfumery chain Douglas Rivoli from German-based Douglas Holding. This also allowed the company to expand its presence – the stores were rebranded and started operating under the Rive Gauche label. The company leapfrogged ahead in 2011, with revenues reaching $685 million (versus $501 million in 2010).

In 2012, when Oleg Boyko decided to sell most of his shares, the company had about 190 outlets across the country. At the time of the deal, the chain was the second largest cosmetics retailer in revenues, only after L’Etoile. Oleg Boyko’s Finstar Group retained a 24% stake. The media estimated the transaction to be worth up to $140 million.

For over 25 years, Finstar has managed to significantly enlarge its footprint. Its assets are now estimated at $2 billion. Its portfolio companies operate in over 30 countries in Europe, the USA, Asia, Latin America, and the CIS. Innovative technologies now occupy an increasing share in the global group’s structure: fintech sector, online loans, and digital financial services.

Over the past 10 years, Finstar has gained tremendous expertise in digital financial services, mainly through its investment in Europe’s largest financial company in 2011 and the launch of its own project, Digital Finance International (DFI). Fintech products allow not only to collect a large amount of data but also process it efficiently. The businessman Oleg Boyko believes it is the foundation of the modern financial business.

In 2015, details of Finstar’s investment plan were announced. According to the announced strategy, the plan was to spend over $150 million on R&D in portfolio companies engaged in financial services, including improvements in payment systems, credit risk management, Internet marketing, and data processing. R&D is an in-house business aimed to offer unique and innovative product solutions. In his interview to RBC, Oleg Boyko confirmed the investment plan had been successfully implemented.

The businessman is actively involved in charities. In 2006, on the eve of the Turin Olympics, he founded an international fund, Parasport, which aims not only to help Paralympic teams and develop the Paralympic movement but also to help disabled athletes from all over the world. Besides, the fund promotes sport among the disabled and assists in developing equipment for the rehabilitation of the disabled and injured. In 2015, the billionaire Oleg Boyko became a member of the Development Committee of IWAS – the International Wheelchair and Amputee Sports Federation.

This year, Parasport has decided to award grants to athletes under 20 who placed 4th or 5th at the 16th Paralympic Summer Games in Tokyo. This offer was welcomed by the Russian Paralympic Committee team, as along with experienced participants there were also young athletes who were just about to compete for the first time in international competitions. Oleg Boyko commented on the initiative: ‘And now we have decided not to stand aside and to support Paralympic athletes, the team’s gold reserve. I am sure support from the government, society, and independent public organizations will have the most favorable effect on Paralympic sport development.’

Another initiative this year has been Finstar’s participation in the Digital Partnership International Convention. The businessman has long been interested in projects that help gifted people prove themselves: ‘In order to build a high-tech business, you need to find brilliant talents scattered around the world.’ He also calls supporting young talents Finstar’s social mission, so the company became the Convention’s title sponsor. The awards ceremony was held in October, presided by Oleg Boyko.

In the special Fintech nomination, SweetCard won with its namesake project. Its essence is to provide targeted offers for mobile banks in the Stories format. Oleg Boyko noted this team and invited its representatives to discuss opportunities for further joint action and cooperation.