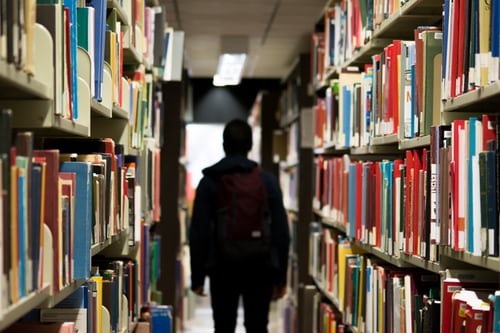 Why is student debt a huge issue in the US?

Around 44 million Americans together hold more than $1.6 trillion in student debt. And, these ratios are increasing day by day!

At the same time we see technology progressing, mainly in automation, are making it tough to earn a living wage without some type of advanced degree. Currently, college graduates earn 80% more than others who just completed a high school diploma or less.

Attending a university is mandatory if you want a successful career. This puts a lot of pressure on the youth, as everyone wants a conventional education and degree. The spike in college fees only adds salt to the student’s wounds as they find themselves steeped in debt.

Yes, student debt is a huge crisis around the world, especially in the US. This often leads to a lot of students simply dropping off and not completing their degree course, which in turns hampers their career.

Experts have named this an effective crisis. And with the pandemic, this crisis has only aggravated and hit the students where it hurts the most.

In February the United States formally entered an economic recession and mid of march and June more than 42.6million Americans were unemployed.

During the recession in 2008 many students chose to go back to school and get skilled. However, since then the cost of a four-year college degree rose by 25% and student debt increased by 107% and only a few are sure that college will be the solution to get out of recession this time around.

Here are some reasons why student debt a big issue in the US:

In 1971 the US supreme court ruled a case called Griggs vs Duke Power Co. The matter was employment requirements.

Duke’s practice and many other companies had to give some IQ tests for applicants. Probably this can help them to select qualified people. But few companies used these tests to differentiate by race. The 1964 Civil Right Act banned pre-employment tests that were not necessary to measure job performance.

The court ruled that Duke’s tests were too broad and not undeviatingly related to the jobs performed which made them illegal.

That left the problem tough. Employers are supposed to be evaluating applicant without any racial discrimination.

Due to unhelpful tests, most students plan to save some money by transferring the universities.

In 2016 for-profit Devry University accepted as part of a settlement to classify $100 million in refunds and debt forgiveness to former students after school was pointed to for cheating them about post-graduation employment rates and pay.

The same year the median federal student loan debt level for graduates of this Missouri Devry campus was $35,767. At the for-profit Mt Sierra College students still entering when it shut down, one more school forced volunteers to accept them as transfers to Devry University.

Every employer thinks about the skills employees need to have writing computer code, operating machines correctly. These can be technical skills or hard skills.

However, the job market is not limited to hard skills or technical skills only. There are some job sectors that focus on soft skills. Soft skills are basically virtues like leadership, problem solving abilities, analytical skills, communication skills etc.

Soft skills are tough to judge but they’re super important, nonetheless. Students might need to work on their soft skills as well if they want to get into their dream college. Most universities don’t just test a candidate’s academic performance but also their involvement in extracurricular activities etc. Colleges in the US focus on holistic development and not just academic merit.

Simply getting a certificate or a degree may not be a fulfilling experience for the student. It may provide you useful knowledge for the job sector but not enough to deal with real-life situations or a crisis. Your overall skillset is monitored on the basis of technical knowledge, academic merit and also soft skills.

The Griggs case, for instance, said nothing regarding educational needs. Employers set free to gain a high school diploma or degree and the ruling provided them with high incentive too.

College degrees are the best and legal option for the type of testing employers haven’t been able to use since the 1970s. So aside from the knowledge, you gain for college only having the credentials became important for a better career.

In the end, everyone made some choices regarding employment:

–        Employers ask for a college degree even for basic jobs.

–        Colleges raised their fees structure as many students are applying for a degree.

Student debt is a scary issue in the US and can have some really serious consequences for students who cannot pay their debts off. The interest amount and extra charges piling up heavily impact your credit score as well.

The best way to avert this crisis is to refinance your loans once you are done with school. This way you can save up on a lot of interest, and also get more time and flexibility to pay off your loans.